Craic Fest Goes Virtual for 2021 on the Logic Video Platform

Founded by Terence Mulligan in 1998, Craic Fest features the best in immerging Irish cinema and music.  2021 marks the first year the festival moved to online streaming as the lingering Covid pandemic made traditional in-theater screenings unlikely.  Cyber-NY worked with Film Fleadh, the non-profit organization behind Craic Fest and a number of other Irish cultural events to create the virtual cinema experience on our Logic video platform. 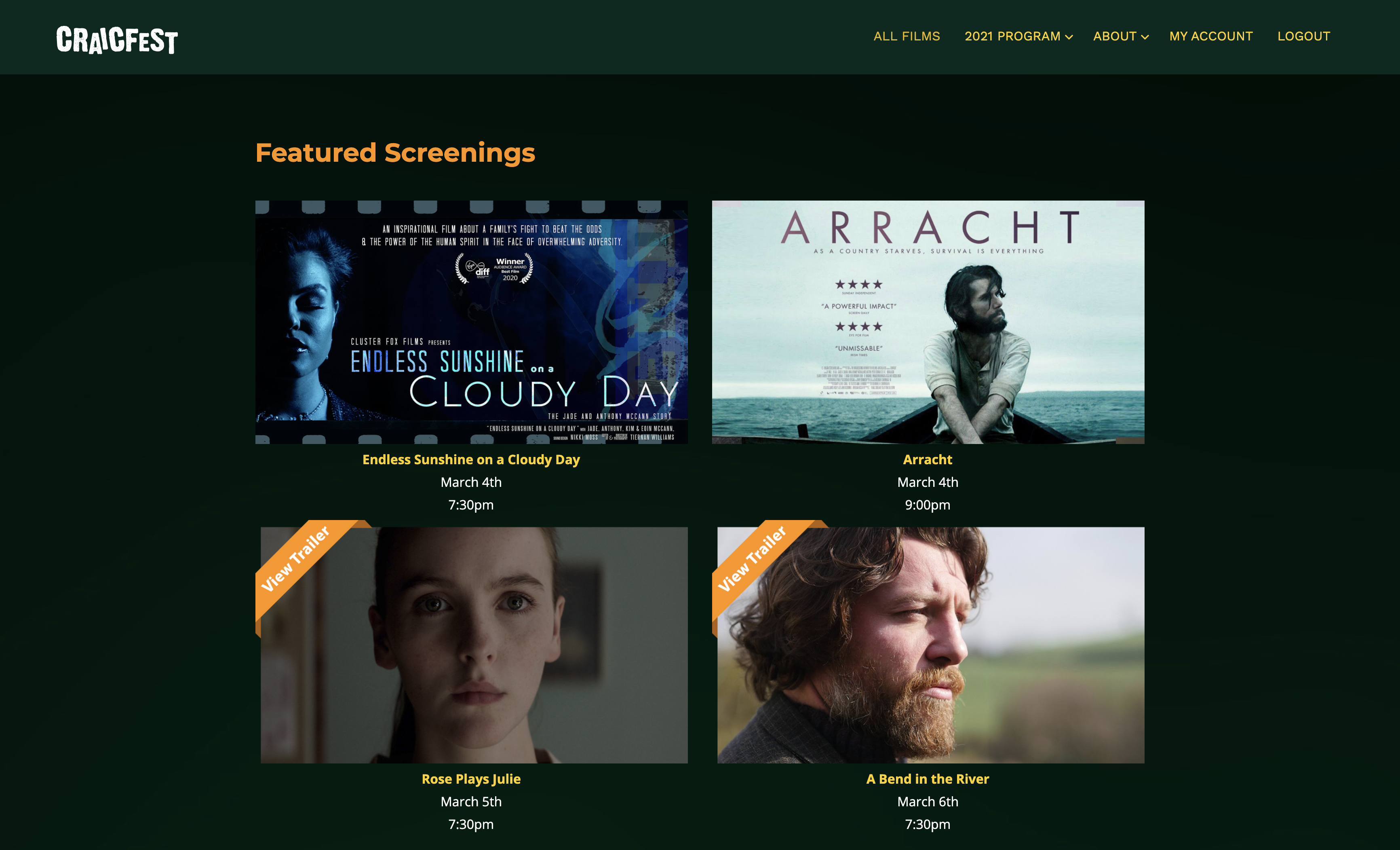 Craic Fest has screened over 350 films and numerous stars have walked through their doors. More importantly, they have served as a launching pad for those filmmakers. In 2010, Film Fleadh expanded to a Kids Fleadh as part of the Craic Fest. In 2011 they expanded to a Craic LGBT festival that showcases Irish Gay & Lesbian filmmakers every spring in NYC in conjunction with the Irish Arts Center & Scandanavia House. In the fall of 2015 they expanded to the Rockaway Oyster Fest.  Honorary Board members include Jim Sheridan, Liam Neeson, Ed Burns, Aidan Quinn, Denis Leary, and Michael Fassbender to name a few!

Screenings run March 5th through the 7th online at 2021.craicfest.com. The Craic Music Fest will run online on March 13th.

The Craic Fest website and festival event website were designed by Vincent Keane at Cyber-NY and developed on our Logic CMS and Video Platform.  Craic Fest is the fourth film festival to launch on our latest generation Logic platform since the beginning of 2020 with several new festivals in the works for 2021.  Contact us to see how we can build your next film festival or event with Logic.