Discover the future of filmmaking

The team behind the famed Slamdance Film Festival have launched a brand new streaming service to showcase emerging work from independent filmmakers around the world by taking their 2022 winter film festival virtual.  Built on Cyber-NY's Logic Video Platform, Slamdance provides independent film fans with a new hybrid approach that combines seasonal festivals with a growing on demand library.  Expect three festivals each year combined with panels, Q&A, and industry insights you won't find on any other streaming service.

Explore independent film with dozens of fresh selections from filmmakers around the world. Curated by actual human beings. Brought to you by the filmmakers behind the Slamdance Film Festival. 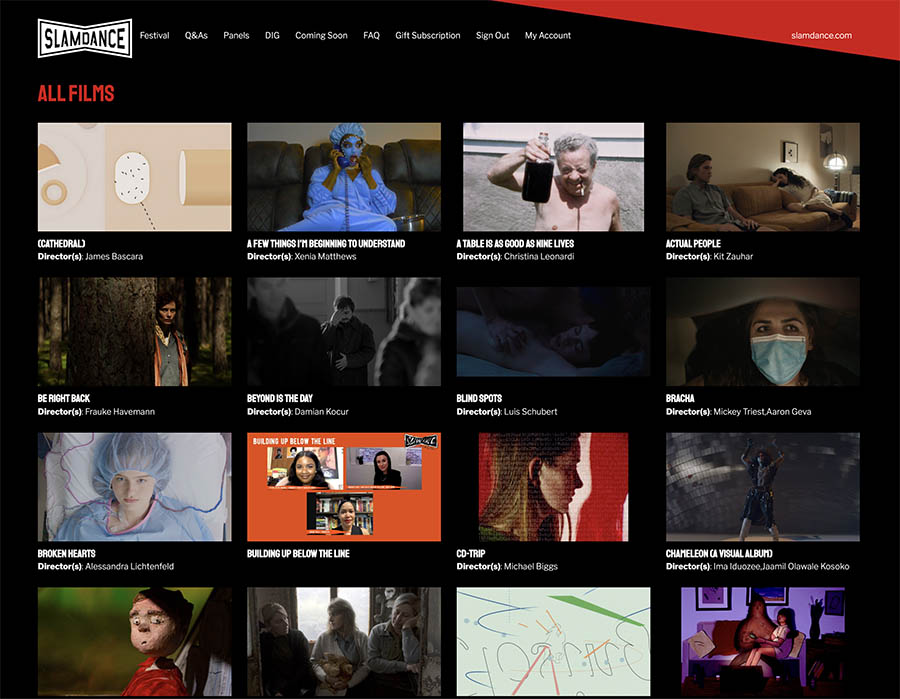 Slamdance is a community, a year-round experience, and a statement in which everyone is invited to take part. The first Slamdance Film Festival was held in 1995 by a wild bunch of filmmakers who were tired of relying on a large, oblique system to showcase their work. Since then, Slamdance has proven year after year that independent grassroots communities can take risks on bold talent and launch careers that change the industry. Our artist-led community continues to discover and nurture diverse, international creators through various programs throughout the year, focusing on new writers, digital and interactive art, grants and mentorship, DIY film education, film screenings and of course, the Slamdance Film Festival.